It is often said that hell hath no fury like a woman scorned. When this lady was wronged, she bid her time and waited for the perfect opportunity for her revenge. And she served it as cold as they come. She stripped the poor loser naked and then tied him up. She wore heels with spikes and used them to kick the loser in the balls. Just imagine the pain! 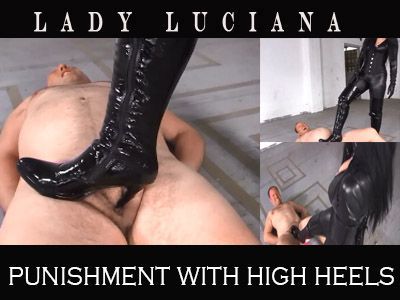